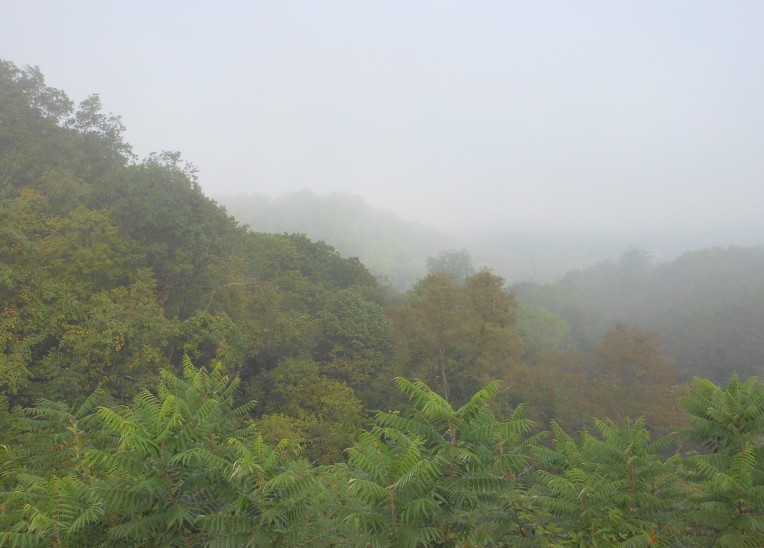 He was a middle-aged man of medium build with dark-rimmed glasses and a bald head who literally looked like an egghead.   That was the name my dad unceremoniously assigned to professors and other people he considered to be ‘out of touch’ with average human beings.  To make matters worse, Brad–short for Bradford–was from New England.  His pronunciation of certain words cast an intellectual flavor into his conversations.  Beyond that, he wore an identity that was new to me.  He was a spelunker.

I was seventeen at the time.  Brad was the new owner of the Massanutten Caverns at Keezletown, Virginia.  This cave boasted smallter, more compact features that were similar to those of larger, better-known caves.  Brad and my parents became good friends, which is how I came to learn a little about caves and spelunking.

One spring afternoon I walked in the door after school and there sat Brad, talking to my mom at the kitchen table.  He looked at me with an expectant grin.  “I hear you’ve been looking for a part-time job this summer.  How would you like to work at the caverns as a guide?”

I shuffled my feet and looked askance.  “Nah, I don’t think so.”

He looked disappointed.  After a few awkward moments I excused myself and retired to my room upstairs.  When Brad left Mom came up to talk to me.

“Wasn’t that nice of Mr. Cobb to offer you a job?  Maybe you should take him up on it.”

I hemmed and hawed for a few moments.  “I don’t know.  I just don’t want to go crawling around in some cave.”

Mom dropped the subject, but the invitation stayed in the back of my mind.  Not long after this I bought my first car, a 1943 Ford coupe that my dad had found for me at a good price.  Though it was twelve years old, it gave me a sense of freedom and independence.

The trouble was, I had been laid off from my job at a local supermarket.  I needed gas money.  Finally I knuckled under and called Brad.

He sounded delighted.  “I’m glad you called.  Come on over and let me show you around.

I had mixed emotions about this, but I went.  Brad showed me through the cave, introducing me to an underground world I’d never imagined.  Within a short time I was caught like a fish chasing a worm on a hook.

Brad proved to be a good and persistent teacher.  He told me he believed I had a good mind and a healthy curiosity–and enough spunk to pursue this different sort of experience.

He taught me about stalactites.  I learned that those tubular deposits grow from minerals seeping through the ceiling of the cave after their journey through the limestone deposits above.

I learned about stalagmites, mineral deposits that build up on the ground from the dripping stalactites above them.  Brad taught me how to keep them straight in my mind.  “Just remember the “c” and the “g.”  Stalactites wit ha “c” grow on the ceiling.  Stalagmites with a “g” grown on the ground.  It was foolproof instruction.

I was fascinated by the cave.  The temperature was a mild, though moist, 56 degrees, which never varied in spite of the temperature in the outside world.  Brad showed me how to shine a flashlight through a thin, broad flowstone formation to make it look like a slice of bacon.  “It’s just a gimmick,” he told me.  “People love gimmicks like that.”

There was a formation where some stalactites of varying density and length were grouped together.  Each one struck a different note when tapped.  He called that the “organ.”

Toward the end of each tour we paused at an underground collection of standing water.  Electric lights with colored lenses cast reflective patterns across the water’s surface, stirring the imagination.  He used a rheostat to manipulate the intensity of different lights so that the lake took on different auras.  He called this “sunset lake.”

Brad also taught me that being a cave guide did not make me a spelunker.  He explained that these were people who explored undeveloped or unknown regions of caves.  Showing me various passageways to lower levels, he explained that some of them were filled with water.  Then he offered me a chance to join the spelunkers when they came in for an exploratory trip.  For some reason I was excited about the idea, but never actually did it.

Two lessons Brad taught stand out in my memory.  First, the entrance to the cave was also the exit.  People came in and went straight ahead to tour the cave, while those leaving came into the entrance space from a side passageway.  When entering, I was instructed to leave a rag tied to the handle of the light panel switch so another party coming out would not turn off the lights.

He also taught me how to navigate through the cave without light so I would be prepared when somebody missed the signal and turned out the lights.  I was a quick study and soon learned to move confidently through the entire cave in total darkness by memorizing the structures along the way.

More than once I had a group in the back chamber when all went dark.  Startled, people would cry out, “Oh, what’s happening?  What will we do?”

Those were my shining moments.  I would calmly say, “It’s okay.  Somebody missed my signal to leave the lights on.  I’ll go back and flip the switch.  Here, you keep the flashlight.”

“How will you get back there without the light?”

“It’s all in the training,” I would say.  Within fifteen minutes the lights would come on and soon I was back, beaming with heroic pride as my tourist party cheered for the teenage cavern guide who had saved the day by knowing the cave like the back of his hand!

That was the spelunker’s gift of confidence and assurance.  It keeps me going even today when the only way forward lies in remembering how I got wherever I am to begin with.

2 thoughts on “The Spelunker’s Gift”